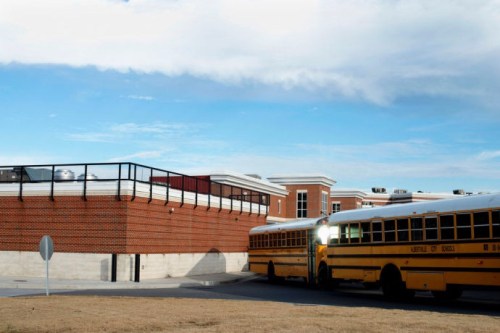 “The U.S. has a tendency, when there’s an economic or social crisis, to affix unfair blame on public-school teachers.”CREDITPHOTOGRAPH BY CAROLYN DRAKE / MAGNUM

A reality check – about our education system, values, the blame game, manipulation, and poverty.  The entire piece is not long and is a worthy read.  It rings true and painful.

“Everyone celebrates his or her personal memory of individual teachers, yet, as a culture, we snap at the run-down heels of the profession. The education reporter Dana Goldstein, in her book “The Teacher Wars,” published in 2014, looks at American history and describes a recurring situation of what she calls “moral panic”—the tendency, when there’s an economic or social crisis, to lay blame on public-school teachers. They must have created the crisis, the logic goes, by failing to educate the young.”

“For more than a decade, during which time the attacks on public-school teachers have been particularly virulent. They are lazy, mediocre, tenaciously clinging to tenure in order to receive their lavish pay of thirty-six thousand dollars a year (that’s the national-average starting salary, according to the National Education Association).

As Goldstein put it,  “Today the ineffective tenured teacher has emerged as a feared character, a vampiric type who sucks tax dollars into her bloated pension and health care plans, without much regard for the children under her care.”

“Because of this person, we are failing to produce an effective workforce; just look at how badly we’re lagging behind other nations in international standardized tests. Our teachers are mediocre as a mass; we have to make a serious effort to toss out the bad ones before they do any more damage. And so on. It’s not just Republicans who talk this way. Democrats, too, are obsessed with ridding the system of bad teachers. From the President on down, leaders have been demanding “accountability.”

“We also have to face the real problem, which, again, is persistent poverty. If we really want to improve scores and high-school-graduation rates and college readiness and the rest, we have to commit resources to helping poor parents raise their children by providing nutrition and health services, parenting support, a supply of books, and so on. We have to commit to universal pre-K and much more. And we have to stop blaming teachers for all of the ills and injustices of American society.”

Stop Blaming Teachers was originally published on It Matters |the site

This site uses Akismet to reduce spam. Learn how your comment data is processed.